Clutch has had this problem 2x, already repaired at dealer.

wondering what my next move should be

Sell as is fire sale ?

Swap to manual ?? How much would that be, is it even do-able ? and who does it ?

There are two conditions I see...

One with the "Check Engine Light" - did you ever stop to read messages that may appear on that dash display?

One may be "Battery LOW" - might want to look into that.

The other part I'm referring to deals with Battery and reserve to regulation recovery times.

The Focus, as well as any other car uses an Alternator and Regulator to help charge, condition the battery and provide power to run the accessories.

Might want to roll up your sleeves and get dirty fixing rusty grounds.

Why, the Ford regulator is slow to see peak instantaneous power demands - specifically to prevent overvolt and damage to the system from overcorrection - it is better to slowly add power than to apply power immediately beyond the ability to clamp such power from becoming too excessive. You shorten the life of the parts used to "zener and clamp" the voltage is there is too much power they must dissipate.

So, they tone it down a little.

So what is this do for the battery? Everything.

If your Battery posts at the Battery are fine, are you double checking the grounds the vehicle will use to return the power back to the battery? 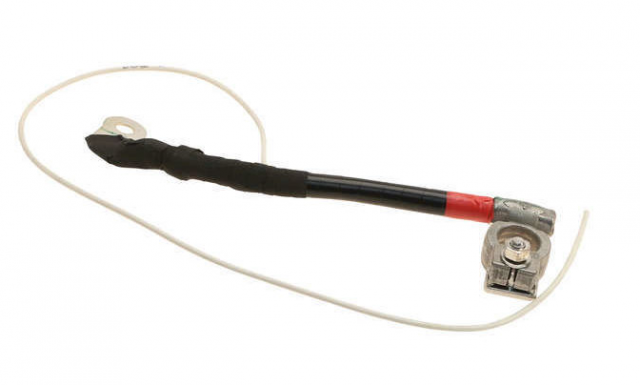 The above? Is your POSITIVE battery post jumper that feeds into the main "buss" to the fuseblock

While you're at it, remove the battery and even the Airbox (Air Filter assembly) and expose the Body and Frame grounding points.

Might want to clean them up see if it can recover. - would not hurt to review the vid this comes from...
Ford Focus $5 Transmission fix | GRAMPZQUAD - YouTube

Why does this become a concern, age and oxides. IF you see rust, it's already working on degrading the performance of your vehicle electrically, which then changes the level of power presence for the battery to supply power it once had to the system.


What seems to be a "Sticky" clutch, may also just have to have the plugs replaced or re-gapped to their OEM values - the wider spark gap (old plugs) wreaks havoc with the way the system tries to lean out the motor so it can use the transmission in higher gears, but this problem is also two fold - as pulses are applied by the clutches to try and save fuel - but the engine runs poorly from the bad gaps and the lean mixture not firing in the cylinder so it seems to "miss fire" but it is due to the PCM trying to get more out of the motor - it's programmed to do this - you don't feel it when it's new - a bad dragging bearing or brakes needing service do the same to the hesitation effect - as the system tries to save gas at the expense of the emission and electrical, even when their needs are not being met.

But how does the battery come into play? Well the alternator simply supplies the power requirements WHEN THE ENGINE runs - but when the engine is at low idle - there is less "capacity" available from the Alternator and regulation system - so this pulls or demands more power - the battery needs to supply this - but it's terminals are rusty and corroded - you're killing the whole effort thru not fixing it and neglecting the problem. It has to fight the resistive effects and reduction age and corrosion due the electrical contacts and terminals used in the system. The better the connection - less resistance to the power demand, more power is present with less losses in both voltage and current (that power) and the better the car can run due to the demands it has are being met.

To me, this is a tune up effort.

Ever go into the HEC "TEST" mode?

Locate your LEFT SIDE "OK" and menu scrolling keys... 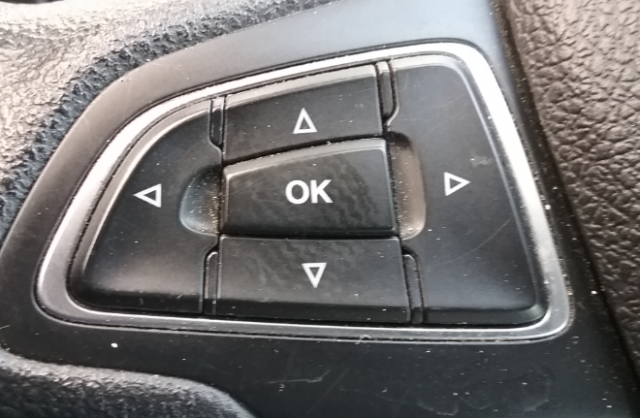 Keep holding OK as it "boots" 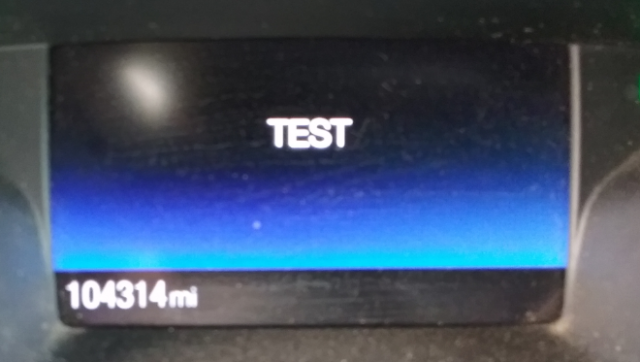 in your front panel Display Box (your HEC)​
Release the OK button, use the Up and Down Scroll buttons on that LEFT side to find various pages of information you may find useful - including this one... 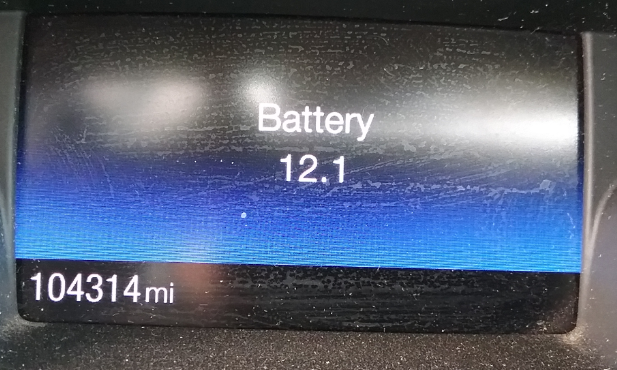 This one can help you decipher issues with Electrical.​
This value is when the engine if OFF not running - you can "Start" the engine now, and watch this value change as the engine runs and the alternator then takes over the regulation and charging. This value should go up to 14.2 to as much as 14.7 - this is what the System sees as a working voltage.

Now that may be fine for a sunshiny day with no rain and the AC off and your not running the blower on high trying to defog the windows and or keep you cool.

So, turn it on, those accessories and headlights too, while you watch this value - it should stay close to the same value as you had stabilized to before the electrical loading test you performed.

Once you have those answers, then scroll thru and see what that Check Engine Light was all about?

If you see the above - Celebrate!

But as you scroll thru, you can even get "Color Bars" 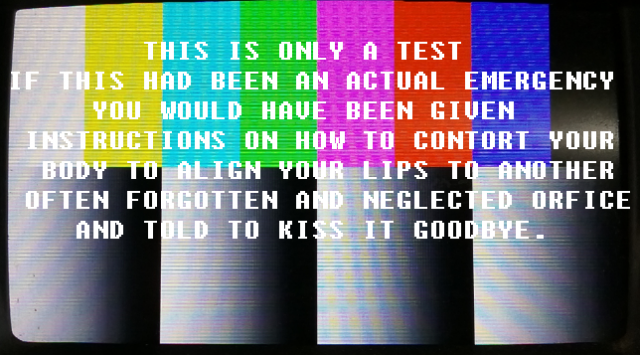 All kidding aside, to turn this off, just shut off the engine,
turn your key to off - to reset HEC back to normal display.
​
Yes, you can learn a lot from your HEC...stay Focus'ed...